Viewer Favorites
The Best Gifts For Quilters and Sewers – 2022 Guide
7 Awesome And Legit Jobs For Single Moms
5 Reasons to Hire Professional House Cleaning Services Today
Turn a Room Into a Stylish Sleeper’s Paradise With These Tips
Selling Your House 101: Avoid These Mistakes When Selling a House
What is a GPS Dog Fence?
5 Easy and Fun Recipes You Can Teach Your Kids
The Best Craft Kits For Kids – 2022 Guide
5 Signs It’s Time For An Air Conditioner Tune Up
Best Craft Kits For Adults – 2022 Guide

Everything You Need To Know About Traditional Sushi 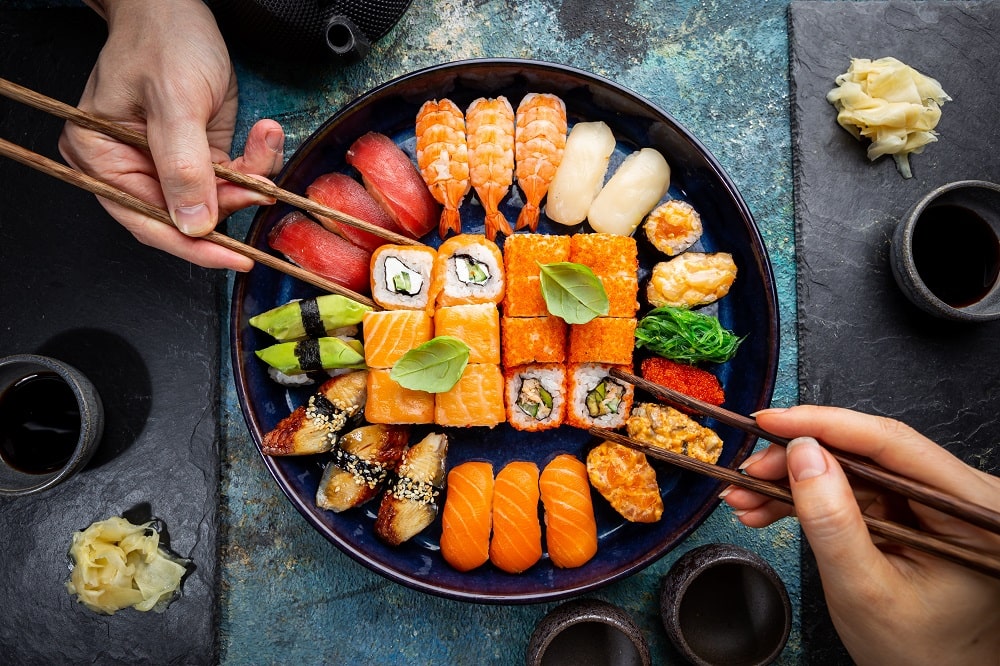 When you talk or hear about Japan, the first few things that come to mind are Manga, Kimonos, and Sushi. However, this article is not going to talk about Japan. Instead, it’s going to tell you about sushi. Nowadays, sushi is no longer a dish that can only be found in Japan but you can find it anywhere in the world. But how did it come into existence? What makes them so popular? So on and on!

So, if you are interested in learning more about Sushi, keep reading this article to the end. Let’s start with the history; how it came to be.

Sushi originated back in the Yayoi Period, which was in the Neolithic age or early iron age.  However, Sushi at that time differed greatly from today’s Sushi, which is nowadays referred to as Narezushi. It was created with fish fermented with Vinegar, salt, and rice. But, rice was discarded later.

Then in the Muromachi Period, people started using vinegar instead of fermented rice, which not only improved the taste but also added a versatile twist to the dish.

Who, for the first time, used seaweed to wrap hand-pressed fermented rice in 1824. That very Sushi is today known as Nigiri-zushi, which is widespread across the whole world and is the most popular one. You will mostly find Nigiri-zushi in the US, whenever you opt for different sushi platters.

Mainly there are 6 different types of sushi. However, you might find different sushi, since every chef wants to add a particular element to make it unique and versatile simultaneously. But, traditionally, here are the 6 different sushi you will find in a restaurant.

Now, let’s take a look at what differentiates this sushi from one another. This will help you when going for a sushi catering service to determine the types of sushi you want in your sushi trays.

Sashimi is raw fish that is served to you in a rectangular shape. This rectangular slice is known as hira-zukuri. Sashimi is usually served along with garnish like soy sauce, wasabi, and pickled ginger.

Nigiri is served in moulded structured rice that has been fermented with Vinegar. On top of the rice, you will get a thin slice of raw or cooked rice, which makes it easy to eat with only your hands.

Chirashi is a lot like sashimi. Chirashi means scattered, which is quite convenient to its name, as this particular sushi is served on a bowl of fermented rice that is topped with small thin slices of fish and garnishes. Sometimes, it also contains fruits, which gives it a different taste and Aroma. What makes it unique is the fish used to make this are always kept secret to give elements of surprise.

The sushi that comes with sushi trays available in stores is maki. This sushi is simple, wrapped with nori and then cut into bite-size pieces. It is prepared with vegetables, fish and sometimes egg as well.

Temaki is like sushi rolls but with a twist. As the roles are made in the shape of a cone. Which is filled with rice, toppings, and fish. Temaki comes in large sizes, which makes it quite challenging to eat with chopsticks.

Aside from the traditional Sushi, which has been described above, different types of Sushi have been created by Western chefs by enhancing the traditional dish. One such creation is none other than sushi rolls which you might get in sushi platters. This sushi is

The rolls mentioned above are created by the western chef while implementing different western ideas to give them a western style and taste. You can easily find them in any restaurant with an authentic sushi section.

Sushi might seem extremely easy to make, which is not true at all. To get the best experience, the chef needs to be experienced and highly capable. So, when opting for sushi catering for your party, hire only the best. And to do that, you can start with their reputation. By hiring the expert, you will be adding a unique yet versatile cuisine to your table.

6 Tips to Keep in Mind Before Buying Pillow Covers

How To Help Your Teens Become More Independent

How to Legally Protect Your Family After a...

How To Protect Your Newborn From Any Harm

How To Understand A Child Whose Parent Suffers...

Turn a Room Into a Stylish Sleeper’s Paradise...

What is a GPS Dog Fence?

6 Interesting Facts You Should Know About Comfortable...

How to Plan a Perfect Trip the Whole...