Viewer Favorites
Pay Special Attention To These Things When Feeding Your Kids
The Best Gifts For Quilters and Sewers – 2023 Guide
6 Tips to Choose a Color Scheme for Your Home
Epsom Salt (Elsa’s Magic) Painting
The Best Craft Kits For Kids – 2023 Guide
6 Ways to Tell if Your Kid Is Struggling With School & How...
Looking to Start Your Career as an Entrepreneur? Here’s How
5 Signs It’s Time to Get Your Child a Math Tutor
Fashion Items That Double Up With A Medical Use As Well
The Relationship Between Nutrition and Pregnancy

How to Get Out of the House on Time with Twins 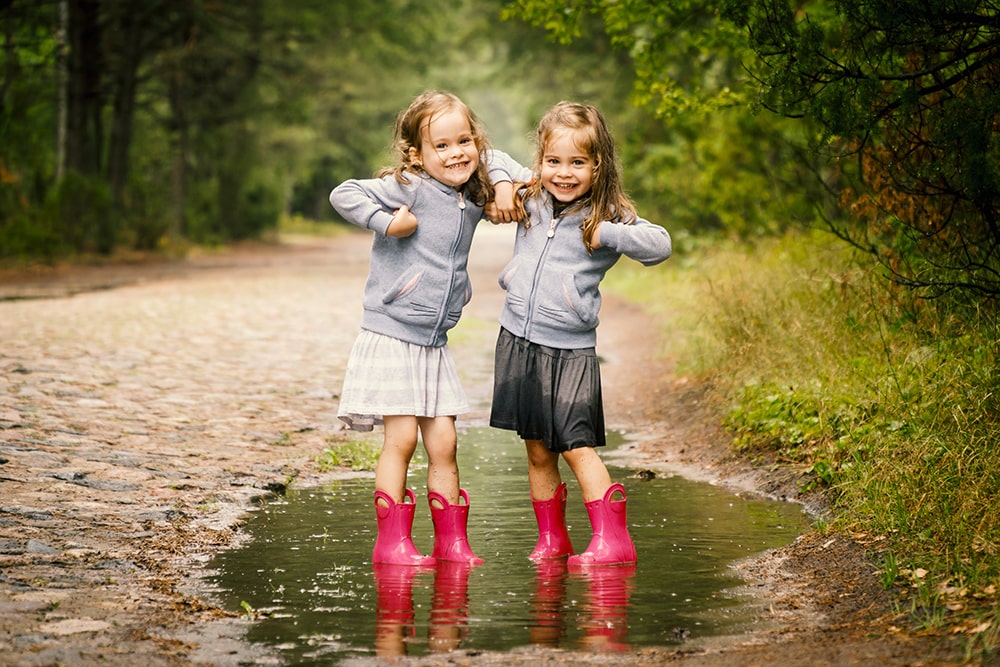 Have you ever been at a toddler group and seen a mum come in late, hurrying a toddler along, looking harassed? We all have, right?

Have you ever been that mum? Yep. Me too. We all have… right?

Getting anywhere on time with kids is a nightmare. Even when you think you’re going to be on time, something happens to mess up your plans.

Getting out of the house on time with twins?

To say it’s difficult would be an understatement. It was hard enough when they were babies, but now that they’re toddlers, I actually think it’s worse. When they were babies, I had to deal with double nappy disasters right before we left the house. Or last minute breastfeeding marathons.

Now? Now I have to deal with 2 year olds who are getting really good at arguing and want to choose what they wear and then change their mind 5 minutes before we have to leave. Two year olds who spend all morning talking about how much they want to go out, but then decide they don’t actually want to get in the car and definitely don’t want to sit in their car seats.

So how to get out of the house on time with twins?

Well, I’m glad you asked! I’ve had 3 years of practice and I think I’m getting pretty good at it. That’s not to say I succeed every time, because I don’t. But I do OK.

Last minute decisions are the enemy. You want to know what’s expected of you in advance, so there’s less chance of something “cropping up” and ruining everything.

Being a twin mum (well, being a mum, full stop) can be lonely. I understand wanting to get out of the house as much as possible. So… make plans. Get in touch with that friend you haven’t seen in a while. Make new friends – find a local baby/toddler group that runs at a convenient time and mingle. But plan ahead. I know people talk about “seizing the day”, but that’s just not as easy when you’ve got twins. If you put pressure on yourself to get out of the house with no notice, you’re setting yourself up for a difficult day.

Start getting ready even earlier

I never start getting the twins ready right before I want to go out. I don’t want them to know that I want to go somewhere. If they know, they’re just going to team up against me. I know that sounds dramatic, but I swear, they can sense fear. It’s best to just sneak up on them at the last minute.

So, when I know we need to go somewhere, I get them ready first thing in the morning and then distract them with other stuff until it’s time to leave.

Remember how I said they can sense fear? If you make a fuss, it just makes them worse. Stay calm. Get them into the car without them realizing what you’re doing. Better still, make them think it was their idea! I can’t even count the number of times I’ve said “wouldn’t it be fun to go out in the car and see how many blue cars we can find? It’s a shame we have to stay home today”. That works. Really. All of a sudden, my kids are desperate to get in the car and count blue cars. I’d say maybe my kids just aren’t that smart, but I know that’s not true. My kids are awesome. But they’re also kids. You’re smarter than they are. Try to remember that.

Don’t be so hard on yourself

Sometimes, you’re just going to be late. That’s OK. It’s part of parenting and all other mums understand, because they’ve been there. Probably more than once. And the brilliant thing about being a twin mum is that some people already think you’re a supermum, just for getting out of the door – because they know how hard it is with just one kid, let alone two. We know the supermum thing isn’t true, but it does mean that no one thinks badly of you for turning up a few minutes late.

They’re probably impressed that you turned up at all!

Becca is 34 and lives in Kent with her husband, 3 year old twins and 2 cats. She blogs about parenting and mental health (among other things) over at www.beccablogsitout.com. .

The 15 Best Educational Sites For Kids

Baby Mementoes: What to Keep and What to Ditch

How Puzzle Play Can Support Your Child’s Development

Embracing Failure and Why It’s Good For You

How to Choose a Dentist for Your Kids

10 Activities for You and Your Child This...

What Are Essential Principles for First-Year Students?

What Is Authoritative Parenting?