Top Posts
Finding books based on similar books
Snacks for people with type 2 diabetes
What You Should Pay Attention To When Buying...
7 Reasons Why Every New Mum Should Get...
The Moms Guide To Understanding Cryptocurrency
Treating a Tailor’s Bunion
5 Hidden Signs of Dementia to Look Out...
How to Help Your Children Succeed at School?
How Long Does a Toy Car Battery Last?
Nutritious Food: Affordable Healthy Grocery Items for Kids

Why Do People Become Vegan? A Close Look 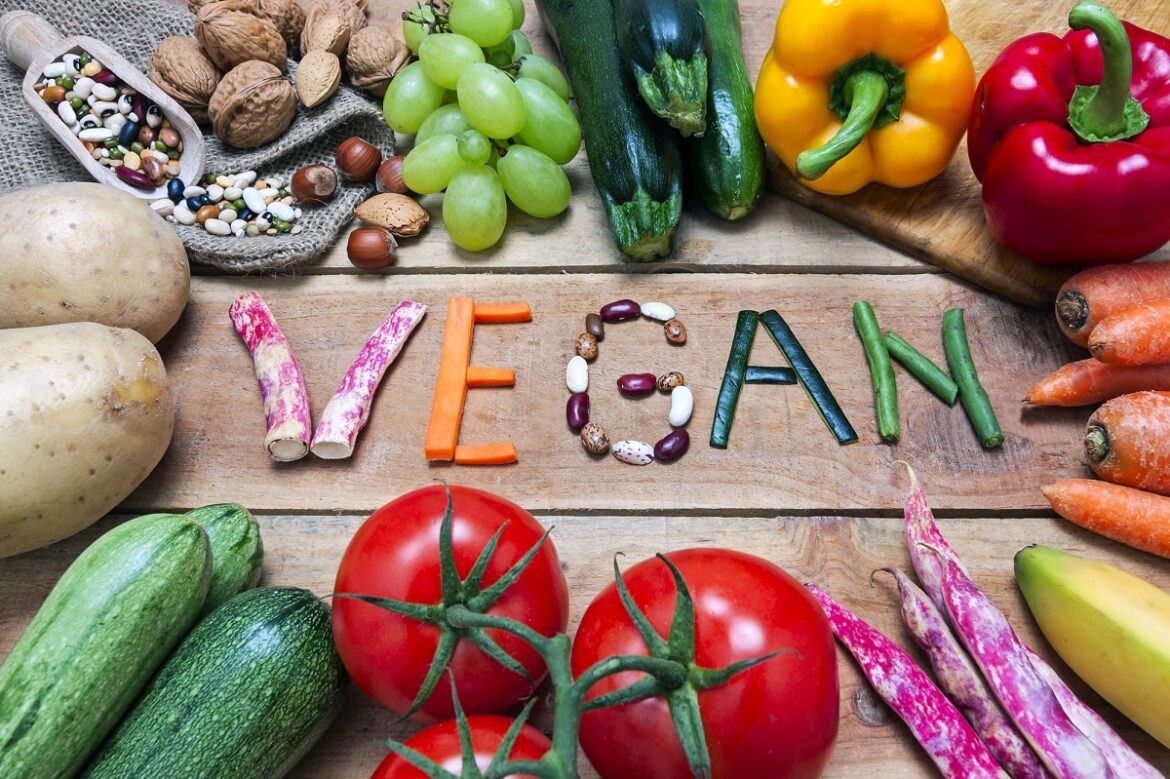 It seems like everyone who goes vegan is met with a barrage of comments. From questions to insults, a vegan nearly always has to justify their choice to stop consuming animal products. But is it worth it?

With all the negative feedback from others and deprivation of good foods like ice cream and steak, why do people become vegan in the first place?

The reason, more often than not, can be summed up in a single word — selflessness. Typically, people become vegan because they want to make the world a better place. They want to take away suffering and improve the planets deteriorating condition.

It may surprise you to learn that if more people simply stopped eating meat, most of the planet’s major issues would be reversed.

Keep reading for an in-depth look at why people choose a vegan lifestyle.

Why Do People Become Vegan?

Each person becomes vegan for their own reasons. And quite honestly, it takes a truly committed and resolute person to maintain that lifestyle.

We won’t lie to you, being vegan comes with its challenges. In general, people can have a negative disposition towards you simply because of what you choose not to put in your mouth.

It’s really quite perplexing at times.

While it mostly comes from a nonmalicious ignorance and lack of education, people can be quite inconsiderate and downright hateful at times. However, if the nay-sayers took the time to understand why people become vegan, they may just end up giving it a go themselves.

1. To Help the Environment

Because the meat and dairy industries are crippling the environment. While there’s a lot and back and forth between rivaling opinions, there are a lot of hard facts to back up this claim.

Greenhouse gas emissions produced by animal agriculture are greater than the combined exhaust of all transportations systems, making up 18 percent of the world’s total. These gases include methane (produced by livestock) that is much more destructive than CO2.

Did you know that the number one cause of deforestation in the rainforest is due to animal agriculture? It wouldn’t be so bad if this farming land was used to feed starving people around the world. However, it’s used to grow crops to feed the animals destined for slaughter, while people still go hungry, just miles from the farmlands.

Some people think they’re saving water by cutting shower times down, turning the facet off while they brush their teeth, or using eco-friendly appliances. While all those things contribute, if the water-conscious person is eating meat, they’re still a huge part of the problem. For example, it takes 1,799 gallons of water to produce one pound of beef.

They might as well fill up a small swimming pool every time they want to take a bath.

As we mentioned before, the human race is using so many resources to feed animals destined for the chopping block that it neglects to feed its own species. We could feed the world with the crops we use to feed livestock.

Because they can no longer contribute to animal suffering on an unbelievably large scale.

Omnivores often refute this idea with fair tales of non-violent beef farms and free-range chickens. However, even the most well-cared-for animals eventually get hung upside down to have their throats cut. Regardless of how well they lived, their death is a traumatic and violent nightmare.

The Meat and Dairy Industry

The sad truth is that the majority of animal products come from “high-efficiency” feedlots and slaughterhouses. The problem is that high-efficiency means low compassion. When these agricultural facilities process large volumes of animals a day, there’s no time for an empathetic or humane approach.

The oceans are being overfished, chickens are kept in cages so small they can’t spread their wings, dairy cows have their calves ripped away from them at birth, and pigs live in such miserable conditions that they’re literally eating one another alive. These images are grim, but they’re a reality too many people are unwilling to face.

Did you know to make veal, baby cows are tied up for months so they can hardly move (as to prevent muscle development). They’re kept this way until it’s time for slaughter. All so that people can have tender meat.

Unfortunately, the clothing industry is no better. Most of the world’s leather comes from India. However, cows are considered sacred in India and their abuse and slaughter aren’t tolerated.

Therefore, cows are forced to migrate through horrendous conditions to an area where it’s legal to harvest them. They are forced to push through fatigue, starvation, and broken legs through nightmarish means of motivation. The cattle drivers rub chili powder in their eyes, bend their tails until they break, and beat or drag them to keep them moving.

People who’ve decided to become vegan aren’t willing to make innocent animals pay this price for their own vanity.

3. To Improve Their Health

Because they want to live longer, healthier lives. There are countless studies showing how eating a plant-based diet dramatically improves one’s health.

Links Between Animal Protein and Cancer

The World Health Organization has classified processed meats and red meats as a level one carcinogen. This means there’s strong evidence that supports these meats cause cancer in humans.

What are some other level one carcinogens?

While some people take their approach to processed meats as “a little won’t kill me,” people who’ve gone vegan have decided no carcinogens are better than some carcinogens.

We Are the Only Species that Consumes Another Species Breastmilk

Oddly, very few people have stopped to consider that humans are the only species in the world who take breastmilk from nursing mothers of a different species for their own consumption. Some people just assume dairy cows produce milk, even when they’re not pregnant or nursing.

However, the truth is, dairy cows are constantly artificially inseminated. When the calf is born, it’s ripped from the mother. Then, the process resets.

Yes, They Get Enough Protein (And All the Other Essential Vitamins and Minerals)

One of the most common questions vegans get other than “why do people become vegan?” is about their protein consumption.

The simple answer is – from the same place “protein” gets their protein. Plants provide plenty of protein on their own and protein deficiency is incredibly rare and only occurs in extreme cases – even in vegans.

It’s been ingrained in us that we need supple amounts of protein for performance, for health, for strength, etc. However, the amount of protein we need is considerably less than what we’ve been taught, especially when it comes to sports and exercise.

In truth, plants can provide everything the body needs.

4. It’s Easier Than Ever

Because in this day an age, it’s easier than ever before.

As always, the West is slow to change. In certain parts of America, it can be difficult to be vegan. However, plant-based diets are a growing trend.

There’s often the argument of how our ancestors “had to eat meat to survive.” However, we’re not facing in famines or threats to our survival. At least not in America.

As more and more Average-Joes, athletes, celebrities, and doctors are getting behind the benefits of a plant-based diet, the world has been forced to evolve.

Fortunately, that means there are a lot more options out there for vegans, even in cattle-country states like Montana and Texas. In fact, you’d be hard-pressed not to find at least one vegan restaurant in any decent-sized city. If not, you can surely find a restaurant with vegan options.

Major grocery stores like Walmart, Albertsons, Costco, and Publix are carrying larger varieties and volumes of vegan foods. Over time, this trend promises to grow.

Finally, while people often confuse healthy eating with expensive eating, it couldn’t be further from the truth. Where being vegan is concerned, you actually save a ton of money on groceries because you’re not spending money on costly items like meat and dairy products.

However, in places where veganism is yet to thrive, expect to pay higher prices for vegan substitutes (meat substitutes, dairy-free ice cream, cheese, etc.).

Why do people become vegan? It seems like the better question is why wouldn’t you?

However, we completely respect people’s choices and would never want to food-shame anyone. After all, that’s one of the worst aspects for people who do go vegan. Your choices are your own, and you have to make them for the right reasons.

For more informative articles and unique perspectives, feel free to check out the rest of our blog!

Advice for Brides: 5 Tips for Planning a Perfect Wedding

How to Personalize Your Car as a Mom

Finding books based on similar books

Snacks for people with type 2 diabetes

What You Should Pay Attention To When Buying...

7 Reasons Why Every New Mum Should Get...

The Moms Guide To Understanding Cryptocurrency

5 Hidden Signs of Dementia to Look Out...

How to Help Your Children Succeed at School?

How Long Does a Toy Car Battery Last?